HESSIAN: THE UNFOLDING OF AN ARTIST’S STORY 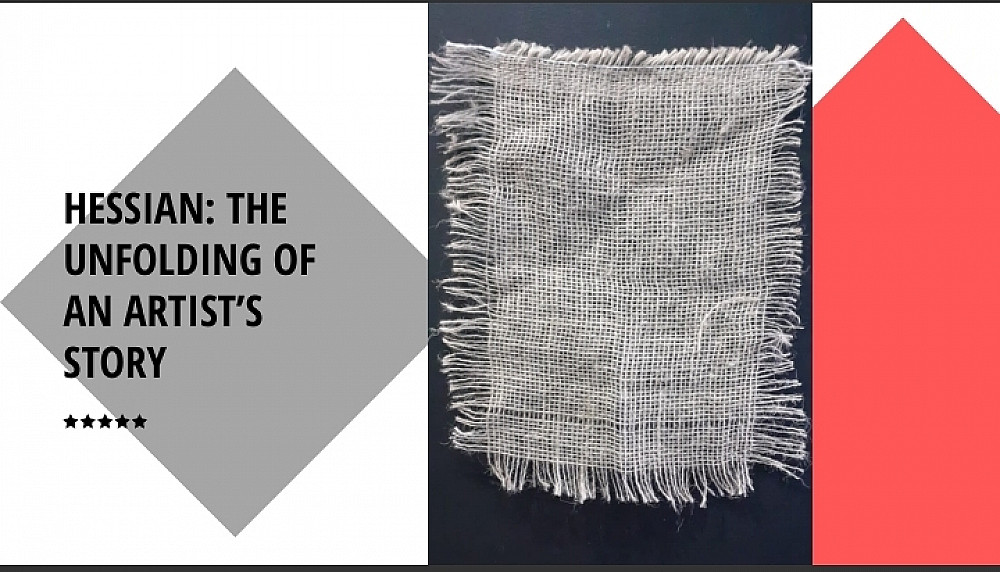 HESSIAN: THE UNFOLDING OF AN ARTIST’S STORY

Life seldom takes us through its mysterious, and unexpected vicissitudes of loss and despair, but most often there lies a silver lining that presents a poetic justice that makes the victim of the situation turn around and appraises that ugly situation.

This story replicates the event that befell one of our artists, Nkosinathi Thomas Ngulube. We have a coined term for someone who is suffering financially, which we call ‘Umasaka.’ Umasaka is a personified plurality of Isaka. Isaka is the Zulu connotation for the hessian material. So one who wears tatters, or sleeps in poverty resembles the cheapness of the hessian material. Isaka is something to be used and thrown away.

Having had a fallout with one of the popular art galleries that represented him, which led him in later years to reopen his art gallery, his life abruptly turned from a few riches to rags, or most correctly, from riches to Hessians...

Nkosinathi found himself reduced to a life of poverty, sharing a bed with his young family during the winter season. The cold nights were more than the mere blankets they had left. They had to utilize the Hessians that were in the storeroom to add warmth.

But there is always that particular, indifferent smell that protrudes from their material.

It stayed with him for many months and was kind of frustrating to be a reminder of his poverty. Until one day, he thought of experimenting with the hessian material. The hessian, however, posed a predicament. It is more porous than any of the artist’s materials he ever used, thereby consuming a lot of paint. He just had to master it and make it bow.

After many attempts, it spoke back to him as with most of his pieces. The good old hessian brought a smile to him with its rare beauty, and its original smell faded away as mixed media took over its whole surface. It seemed like someone falling into a gold mine. The experience was both therapeutic, exhilarating, eye-opening, and educational. He found his groove and started feeling again, started painting again and singing on the hessian material.

When a human being overcomes what used to victor over them, it becomes an episode in their life that they look back on for inspiration and celebrate further. Ngulube continues his celebrations in his art.

He never looked back, as every piece became a healing moment. The artist returned and claimed back his spot, and opened a family art gallery. So the art journey continues.